It’s Time to Celebrate the New Year! 20% OFF All Products for a Limited Time Only🎉

Home  / The VaxAid Blog  / Is There an Alternative to Getting a Penile Implant?
Previous  / Next

Is There an Alternative to Getting a Penile Implant?

While surgery should never be the first choice when it comes to erectile issues, many men are frustrated by the apparent lack of options and end up turning to surgery to remedy their symptoms.

What is a penile implant?

With this type of implant, the penis is always semi-rigid and merely needs to be lifted or adjusted into the erect position to initiate sex.

A penile implant is usually used when there is a clear medical cause for ED and when the problem is unlikely to resolve or improve naturally with other treatments. Sometimes a penile prosthesis is implanted during surgery to reconstruct the penis when scarring has caused erections to curve (Peyronie's disease). Here are few non-invasive alternatives to penile implants to consider for ED symptoms.

Most men opt for a non-invasive alternative to surgery, including the first line of treatment option for many: oral medications. PDE5 inhibitors, such as Viagra, Levitra, and Cialis, work by enhancing the effects of nitric oxide, a naturally-occurring substance that relaxes blood vessels and allows for better blood flow to the penis. With this effect in place, it's possible to get an erection in response to sexual stimulation and to sustain it.

While many men show improvement in their symptoms with these drugs, PDE5 inhibitors do have some potential side effects – for example, flushing, headache, dyspepsia, and nasal congestion. They also cannot be taken with nitrates or Adempas (riociguat), a medication used to treat pulmonary hypertension.

For those who do not respond to other treatments or prefer not to use them, a vacuum pump like VaxAid may be helpful. When used correctly, these pumps create a vacuum around the penis. This vacuum draws blood into the penis, quickly giving the user an erection, with continued use resulting in a long-lasting erection – a completely scientific process. Vacuum pumps are easy to use, and also avoid potential drug interactions and serious side effects from medications and other treatments.

Penile injection therapy, or intracavernous injection, involves the injection of a vasodilator (a chemical that relaxes arteries to increase blood flow) into the penis. Penile injection therapy is recognized as one of the most effective nonsurgical treatments for erectile dysfunction, among vacuum pumps and medication. Papaverine, a drug that produces vasodilatation (widening of the blood vessels), was shown to produce erections when injected directly into the penis. Soon afterward, other vasodilators were demonstrated to be effective as an erectile dysfunction treatment.

Along with these other alternatives, vacuum pumps are a frequently overlooked way to regain the ability to gain or maintain an erection. Shop our selection of Vaxaid Pumps to see if one might be the right choice for your needs. 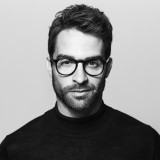 Common Side Effects of Using a Vacuum Erection Device

Vacuum pumps are generally incredibly safe and effective for a variety of erectile issues, including ED.
Read More

How is Hydrotherapy Used to Exercise the Penis?

Vacuum pumps work by creating a type of vacuum around the penis.
Read More

When it comes to choosing an ED pump, customers have two options.
Read More

Sign up to get the latest on sales, new releases and more …